We’re excited to say that the Add-ons Library is back in Local!

As of writing, the Notes Add-on has been updated to work with Local “Lightning” and uses the new @getflywheel/local TypeScript typings.

Check out the GitHub repository to see the source code.

We’re thrilled to share that Local’s Connect feature now supports WP Engine. Pull sites into Local and launch them with a few clicks. Gone are the days of fiddling with (S)FTP or rsync. Log in using your WP Engine API credentials and see all of your sites inside Local. Launch changes faster with Connect to WP Engine.

Note: Including the Database during Push to WP Engine is coming soon! 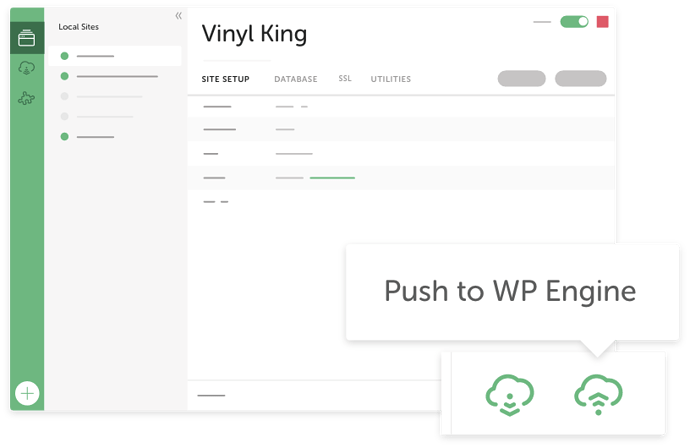 We know a lot of you have been waiting anxiously for this one!

You can now select the PHP version or MySQL version when creating/importing sites in Local Lightning.

Available PHP Versions and Databases at the time of writing:

Best of all, new PHP versions and Databases can show up without updating Local as we release new versions. 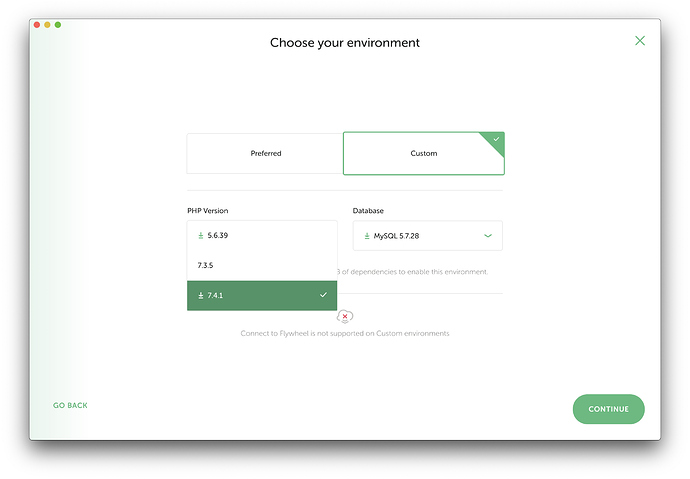 Depending on how your device is set up, you may not be able to bind on ports 80 (HTTP) and 443 (HTTPS) due to conflicts with other local web servers.

Or, maybe due to anti-virus policy set by your IT department, you’re unable to edit the hosts file.

In the past, there haven’t been great workarounds for these issues aside from shutting down conflicting services or disabling anti-virus.

Router Mode is a new option under Preferences » Advanced. The default is “Site Domains”, which is how Local has behaved in the past.

The new mode is “localhost,” which disables the need for the routing layer entirely and allows you to connect directly to the web server for a particular site. The primary downside of localhost routing at the moment is that HTTPS/SSL cannot be used alongside localhost routing. 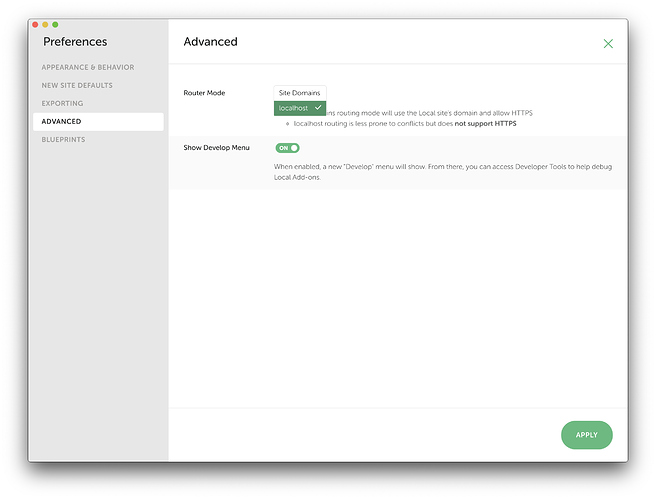 The SSL certificate trust system has been rewritten and now supports trusting certificates for Firefox on Linux.

Local has had an Add-on API ever since its inception, but it has been tough to track down exactly what is available as an Add-on author.

To make this easier, we have released a new NPM module aptly named @getflywheel/local which provides TypeScript declarations for Local’s API.

More to come on this soon!

As of Local 5.2.1, Local has officially gone stable!

Future beta versions will be released exclusively under the Local Beta program.

If you’re interested in helping test the latest and greatest features, improvements, and bug fixes, sign-up for the Local Beta program today.